The Kurds: My Friends in the North (Paperback) 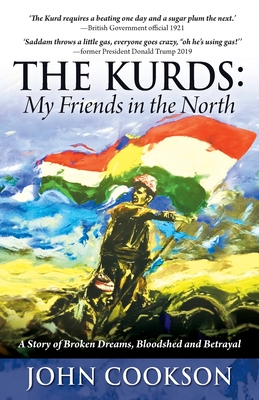 Delving into history and mixing eye-witness accounts with compelling anecdotes from his journalistic career, John Cookson examines the Kurds' eternal quest for independence, he tells of his encounters with Kurdish guerrillas in their mountain hideouts and his travels with Kurdish smugglers, he documents survivors' stories from Saddam Hussein's genocidal campaign and reveals for the first time how Iraqi Kurdistan was saved from being overrun by murderous jihadis in the summer of 2014.

He also digs through secret archives to discover why Sir Winston Churchill and Middle East titans like T. E. Lawrence and Gertrude Bell... made a fateful decision to leave the Kurds landlocked and doomed to an eternity of conflict.

John Cookson is an award-winning journalist who began his career in Fleet Street and afterwards spent 30 years as a senior correspondent at Sky News, Fox News, Al Jazeera, Bloomberg, Euronews and African start-up Arise News. He is also a qualified lawyer.