Father Takes a Drink and Other Memories of Iran (Paperback) 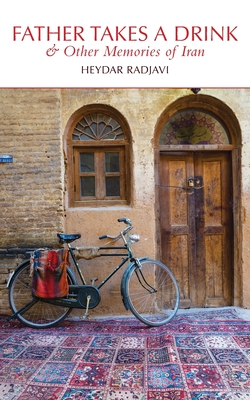 Heydar Radjavi's memories of the 1930s and 1940s, when he was growing up in Iran (a country he describes as one that has been "in ambivalent flirtation with modernity for the past hundred years"), are a delightful and moving evocation of a vanished past. His wise, witty, gentle, and eminently humane voice is one that is irresistibly attractive, and the anecdotes he recounts have a quiet, resonant charm that stays in the mind long after the book is closed. This little book is a gem, as a memoir and as a human document.

Heydar Radjavi was born and raised in Tabriz and did not leave that city until he was admitted to the University of Tehran in 1953. He was in love with modern Persian literature and dreamed of being a writer until he switched to mathematics at the end of high school (but that is another story). He received his doctorate from the University of Minnesota, in 1962 and taught in Iranian, American, and Canadian universities until he moved permanently to Canada in 1972. He now lives in Waterloo, Ontario, with his wife Ursula. He has published books and articles in mathematical journals, and was known to most of his friends and acquaintances as a mathematician until his first collection of short stories, French Hats in Iran, published in 2011. Father Takes a Drink is his second collection of memories of old Iran.