The House of the Seven Gables (Hardcover) 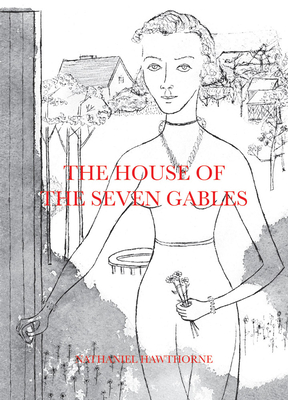 While enrolled in an illustration course at Cooper Union in 1948, Alex Katz (born 1927) created nine ink drawings to accompany Nathaniel Hawthorne's gothic romance, The House of the Seven Gables. Published a century earlier, in 1851, Hawthorne's classic novel is a solemn study of greed, guilt and atonement under the Puritan moral code of 19th-century New England, inspired by the curse pronounced on Hawthorne's own family by a condemned woman during the Salem Witch Trials of 1692.
Nathaniel Hawthorne (1804-64) was one of the most influential American writers of the 19th century, known for his darkly romantic stories and novels such as The Scarlet Letter. He was born in Salem, Massachusetts, and belonged to a prominent circle of New England-based writers and philosophers including Ralph Waldo Emerson, Henry David Thoreau and Louisa May Alcott.
Alex Katz (born 1927) is a New York-based artist known for his large-scale Pop-inspired canvases of two-dimensional figures set against monochrome backgrounds. For over seven decades, his work has been the subject of hundreds of solo and group exhibitions worldwide.