In Search of the Miraculous (Paperback) 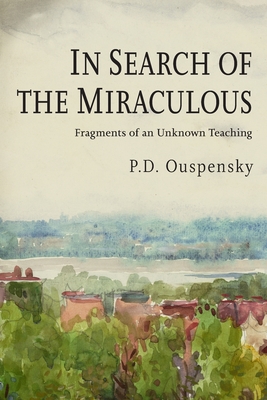 Facsimile of 1949 Edition. The book recounts P. D. Ouspensky's first meeting and subsequent association with George Gurdjieff. It is widely regarded as perhaps the most comprehensive account of Gurdjieff's system of thought available. Many followers regard it as a "fundamental textbook" of Gurdjieff's teachings and it is often used as a means of introducing new students to Gurdjieff's system of self-development.

The book is basically the author's recollection of his first meeting with Gurdjieff and the teaching that Gurdjieff imparted to him; a teaching which still exists today in various forms and which Ouspensky would himself teach to various groups from 1921-1947. Throughout the book, Ouspensky never refers to Gurdjieff directly, only using the single initial "G.", but it is common knowledge that this "G." was Gurdjieff, who taught Ouspensky an ancient esoteric system of self-development commonly known as the Fourth Way.