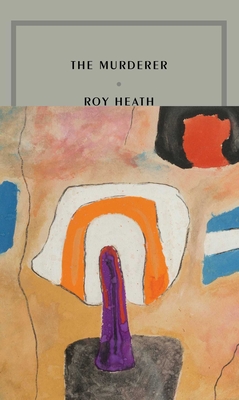 The portrait of a dangerous and unknowable lost soul, by “a chronicler nonpareil of 20th-century Guyanese life.” (Margaret Busby, The Guardian)

Quiet, reserved, painfully shy, Galton Flood arrives in the Guyanese township of Linden haunted by the death of his domineering mother. There he meets Gemma Burrowes, a vibrant young woman eager to escape the confines of her father’s boarding house. They marry and make a home in the anonymous sprawl of Georgetown, Galton’s native city, where Gemma starts to realize that there is something very wrong with this match, and with Galton himself.

On its first publication in 1978, The Murderer was greeted as a landmark in Caribbean literature, acclaimed both for its subtle portrayal of a disturbed anti-hero and for revealing with “uncanny precision . . . the discrepancy between the personal power of a woman within the family and her lack of influence outside it” (Homi Bhabha, Times Literary Supplement).

Born in what was then British Guiana, Roy Heath (1926–2008) grew up in a working-class neighborhood of Georgetown and in the coastal village of Agricola. In 1950, he moved to London to pursue graduate studies in modern languages; for many years he worked as a schoolteacher of French and German. He published his first novel, A Man Come Home (1974), at the age of forty-eight; his second novel, The Murderer, received the Guardian Fiction Prize. He would publish eight more books, all of them set in Guyana, a country to which he often returned.

"The Murderer is a strange, luminous, and beguiling work by a writer with a mysterious and captivating Caribbean voice, who shied away from publicity and is now resurrected."
— Colin Grant

"The Murderer, Roy Heath's masterpiece, is written with immediacy and precision. In a few sentences, Heath creates a psychological tension that is totally convincing and gripping. Slowly, as the main character grows more obsessed and distant from others, he also becomes more complex and fascinating and memorable."
— Colm Tóibín

“Roy Heath’s novels are unlike any I have ever read . . . After some acquaintance with Heath’s characters, the reader finds them not in the least strange, but so familiar as to be frightening.”
— Susan Fromberg Schaeffer

“Roy Heath’s study of a mind fumbling with shadows . . . has a Dostoievskian power and a haunting Guyanese backdrop that any number of clever and facile novels could not exorcise from my memory.”
— Christopher Wordsworth

“A beautiful writer and an unforgettable book.”
— Salman Rushdie

“A writer of prodigious talent and, in his fiction, a chronicler nonpareil of 20th-century Guyanese life and lore.”
— Margaret Busby

“Move Crime and Punishment from the slums of St. Petersburg to the slums of Georgetown, Guyana, and you’ll have something like The Murderer.”
— Michael Harris

"Roy Heath is one of those gifted writers whose prose seems at once spare and rich . . . The compression, the exotic setting, the faint, persistent threat of violence—the combination works like a troubling dream . . . [A] remarkable novel.”
— Adam Begley

“Simply one of the most astonishingly good novelists of our time.”