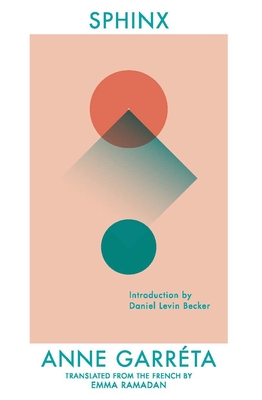 A story of dance, DJ sets, sex work, Paris, and New York. It's a philosophical and emotional striptease, a mystery, a madness made more powerful by its major conceit: this love story is told without identifying the gender(s) of its lovers.

Sphinx is a love story, free of names or gender, spanning Parisian night clubs and Manhattan apartments. It’s intense and soul-searing, lying just between white hot passion and need so bad it makes you ache. Garréta's first novel, it is a marvel that someone could arrive so wholly formed in their own style. Never have I read something so deeply attuned to the way that want can shape and bend you around someone else.

Sphinx is the remarkable debut novel, originally published in 1986, by the incredibly talented and inventive French author Anne Garr ta, one of the few female members of Oulipo, the influential and exclusive French experimental literary group whose mission is to create literature based on mathematical and linguistic restraints, and whose ranks include Georges Perec and Italo Calvino, among others.

A beautiful and complex love story between two characters, the narrator, I, and their lover, A***, written without using any gender markers to refer to the main characters, Sphinx is a remarkable linguistic feat and paragon of experimental literature that has never been accomplished before or since in the strictly-gendered French language.

Sphinx is a landmark text in the feminist, LGBT, and experimental literary canons appearing in English for the first time.