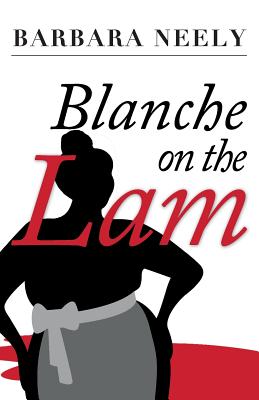 By Barbara Neely
$13.99
Not On Our Shelves - Available to Order

"One of the best fictional detectives conjured up in years," Library Journal
BLANCHE ON THE LAM
Barbara Neely's Smart, Sassy and Groundbreaking Crime NovelWINNER OF THE AGATHA, ANTHONY & MACAVITY AWARDS
Blanche White is a plump, feisty, middle-aged African-American housekeeper working for the genteel rich in North Carolina. But when an employer stiffs her, and her checks bounce, she goes on the lam, hiding out as a maid for a wealthy family at their summer home. That plan goes awry when there's a murder and Blanche becomes the prime suspect. So she's forced to use her savvy, her sharp wit, and her old-girl network of domestic workers to discover the truth and save her own skin. Along the way, she lays bare the quirks of southern society with humor, irony, and a biting commentary that makes her one of the most memorable and original characters ever to appear in mystery fiction.
"Blanche not only solves the crime, but exhibits familiar foibles and strengths, believes in kitchen-table wisdom, and possesses a wicked sense of humor," Ms. Magazine
"A quirky mystery debut that pits Blanche against a Faulknerian cast of oddballs who may be trying to kill each other off to claim a southern fortune," Kirkus Reviews
"Endlessly entertaining," Publisher's Weekly
"The uproarious Blanche White, the Southern housekeeper who knows her own mind, opened doors to the nuances of black life for readers and writers alike. Barbara Neely is a trailblazer," Naomi Hirahara, Edgar Award-winning author.

Barbara Neely is a multiple award-winning writer and much-admired community activist best known for her innovative and popular Blanche White mystery novels. Neely launched the acclaimed series with Blanche on the Lam, which won the Agatha, Macavity, and Anthony Awards, and followed up with three equally-beloved mysteries featuring her fearless and feisty amateur sleuth, all of which are proudly published by Brash Books.