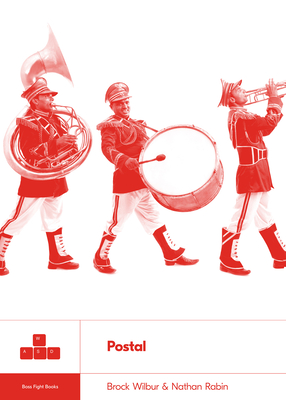 In 1997, game studio Running with Scissors released its debut title, Postal, an isometric shooter aimed at shocking an imagined pearl-clutching public. The game focused on a disgruntled Postal Dude whose goal is to murder as many people as possible. It was crass, gory, and dumb--all of which might have been forgivable if the game had been any fun to play.

Postal gained enough notoriety from riding the wave of public outrage to warrant a sequel. And DLC. And a remake. And, perhaps most surprising of all, a Golden-Raspberry-winning feature film adaptation directed by the infamous Uwe Boll.

In this thoughtful and hilarious tag-team performance, media critics Brock Wilbur & Nathan Rabin mine the fascinatingly troubled game and film for what each can tell us about shock culture & mass shootings, interviewing the Scissors team and even Boll himself for answers. Like it or not, Postal is the franchise that won't die--no matter how many molotov cocktails you throw at it.

Brock Wilbur is a writer and comedian from Kansas. He lives with his wife Vivian and their cat, Cat. He is the author of a forthcoming book about growing up with a adopted Bosnian brother, and an investigative journalism piece where he exposes a cult that has haunted the east coast since the late 70s. Nathan Rabin is the former head writer of The A.V Club and a staff writer for The Dissolve as well as the author of six books, including The Big Rewind (Scribner), My World of Flops (Scribner), Weird Al: The Book (with Al Yankovic) (Abrams) and most recently 7 Days in Ohio and Kanye & Trump for his own imprint, Declan Haven Books. He is also the proprietor, owner and editor-in-chief of his own website, Nathan Rabin's Happy Place. He lives in Decatur, Georgia with his wife, dog Ghostface Killah, and son Declan.