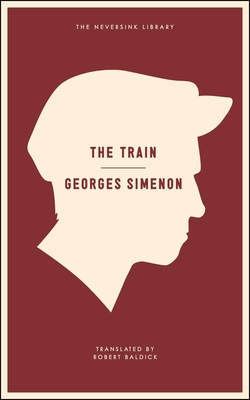 By Georges Simenon, Robert Baldick (Translated by)
$14.00
On Our Shelves

Against all expectations Marcel Féron has made a “normal” life in a bucolic French suburb in the Ardennes. But on May 10, 1940, as Nazi tanks approach, this timid, happy man must abandon his home and confront the “Fate” that he has secretly awaited. Separated from his pregnant wife and young daughter in the chaos of flight, he joins a freight car of refugees hurtling southward ahead of the pursuing invaders. There, he meets Anna, a sad-looking, dark- haired girl, whose accent is “neither Belgian nor German,” and who “seemed foreign to everything around her.” As the mystery of Anna’s identity is gradually revealed, Marcel leaps from the heights of an exhilarating freedom to the depths of a terrifying responsibility—one that will lead him to a blood-chilling choice.

When it first appeared in English in 1964, British novelist and critic Brigid Brophy declared The Train to be “the novel his admirers had been expecting all along from Simenon.” Until The Train, she wrote, the dazzlingly prolific novelist had been “a master without a masterpiece.”

One of the twentieth century’s most prolific writers and several times a candidate for the Nobel Prize, GEORGES SIMENON (1903–1989) published more than two hundred novels, seventy-five of them featuring his celebrated detective, Commissaire Maigret.

“He is the greatest of all . . . the truest novelist we have in literature.”
—André Gide

Praise for The Train

“There is no false note, not one word or sigh or smile which strikes me as anything but unavoidable. This is not a writer’s romancing story of a little man caught in the war; it is the unknown history of many little men in that vast war.”
—New York Times Book Review