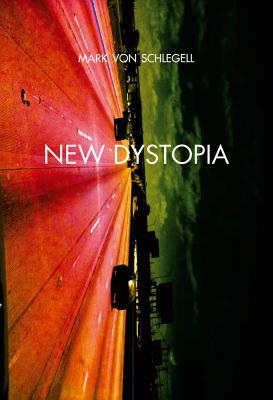 "To gain that which is worth having, it may be necessary to lose everything else."
--Bernadette Devlin

2011. A kulturnaut, a squid, a Shakespeare, a dog, an artist abstract, a chrononaut, a washerwoman, Tom Ripley and his bones all pass through New Dystopia. Their sped-up speculations lead to new models of deterritorialized life. Visionary and hallucinatory models. Through them, Mark von Schlegell "displays" some of the facets of the invisible catastrophe breaking up our world, which artists in particular are responding to.

Put together in the wings of the "Dystopia" exhibition at the CAPC mus e d'art contemporain de Bordeaux, acting as a resonance chamber, this illustrated novel raises the issue of possible futures in the form of a critical fiction, and involves the outposts of the novel to come. About New Dystopia, the city in which the novel's protagonists live, the narrator states: "As an American ... one only came to New Dystopia City to become an artist. That only there was it a way of life." According to von Schlegell, we are living in that new metropolis. He states, "Dystopia is today."