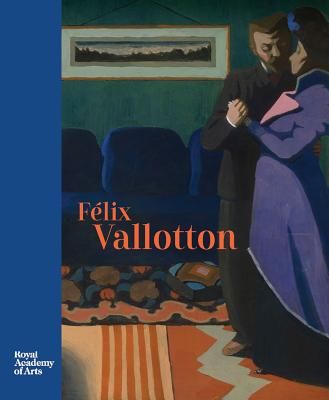 Vallotton's vivid, enigmatic and sometimes unsettling paintings and woodcuts made him a key commentator on the social mores of fin-de-si cle Paris

By the end of the 19th century, Paris was the unrivaled capital of the Western art world. Impressionism had transformed the visual arts and post-impressionism was flourishing in its wake; new boulevards and parks had modernized the city; theaters and department stores provided endless opportunities for entertainment and consumption. Artists were seen by many as the avant-garde of a new society.

Into this dynamic world arrived the 16-year-old F lix Vallotton, who became closely involved with a group of artists known as the Nabis, which included Pierre Bonnard and Edouard Vuillard. Vallotton adopted their decorative painterly language, also sharing their interest in journalistic illustration and Japanese ukiyo-e prints. His paintings and woodcuts offered witty and often unsettling observations of domestic and political life, and he is now considered one of the greatest printmakers of his age. As his work evolved, the sharp realism and cool linearity of his later style made him one of the most distinctive artists of the early 20th century. Generously illustrated throughout with the finest of his paintings and prints, this book accompanies a new presentation of Vallotton's oeuvre in New York and London that includes works never before seen in public and aims to reevaluate his output and legacy. Texts by leading authorities on the artist look at his life, work and reception. Swiss artist F lix Vallotton (1865-1925) was born in Lausanne, but spent much of his working life in France. Although he produced some of his most important work in Paris in the 1890s in painting and print, his original and innovative approach persisted throughout his career.--Brenda Cronin "Wall Street Journal.