The Art of Rodin (Hardcover) 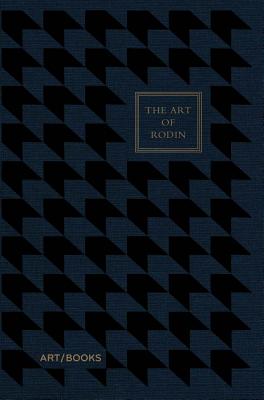 This centenary facsimile edition faithfully reproduces a 1918 volume published immediately in the wake of the death of Auguste Rodin (1840-1917), one of the first volumes on the French sculptor in the English language. With an essay by young American artist and critic Louis Weinberg, it presents almost 70 of Rodin's works in a beautifully designed, high-quality clothbound format that will appeal to a contemporary audience.

In a career that spanned the late 19th and early 20th centuries, Rodin rebelled against the idealized forms and practices of traditional art and paved the way for the birth of modern sculpture. The hallmarks of his style--its highly eroticized, sometimes explicit character, his use of incomplete figures, his emphasis on formal qualities rather than on narrative, and his desire to retain the marks of the sculptural process--were considered revolutionary at the time. As a result, his intense, evocative works courted controversy after controversy, inspiring violent hatred and ardent admiration in equal measure. By the end of his life, however, his reputation was established and he had become one of the most celebrated and sought-after artists in the world.

This book is a perfect gift, collectible and keepsake for any Rodin enthusiast or lover of modern sculpture.