On the Origin of Species and Other Stories (Paperback) 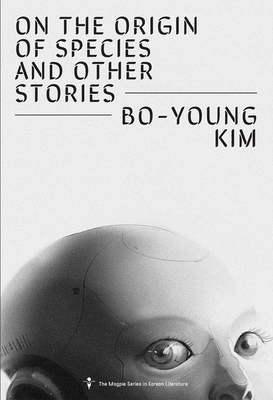 Straddling science fiction, fantasy and myth, the writings of award-winning author Bo-Young Kim have garnered a cult following in South Korea, where she is widely acknowledged as a pioneer and inspiration. On the Origin of Species makes available for the first time in English some of Kim's most acclaimed stories, as well as an essay on science fiction. Her strikingly original, thought-provoking work teems with human and non-human beings, all of whom are striving to survive through evolution, whether biologically, technologically or socially. Kim's literature of ideas offers some of the most rigorous and surprisingly poignant reflections on posthuman existence being written today.

Bo-Young Kim (born 1975) won the inaugural Korean Science & Technology Creative Writing Award with her first published novella in 2004 and has gone on to win the annual South Korean SF Novel Award three times. In addition to writing, she regularly serves as a lecturer, juror and editor of sci-fi anthologies, and served as a consultant to Parasite director Bong Joon Ho's earlier sci-fi film Snowpiercer. She has novellas forthcoming from HarperCollins in 2021. She lives in Gangwon Province, South Korea, with her family.