How Your Brain Works: Inside the most complicated object in the known universe (Paperback) 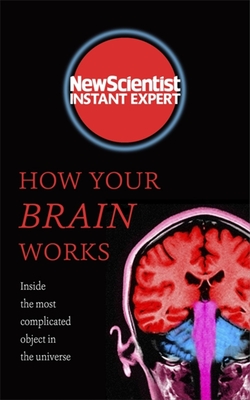 How Your Brain Works explores the amazing world inside your head.

Ever wondered what's going on inside your head?

The brain has long been a source of fascination. In 1819, the radical thinker and surgeon William Lawrence put it like this: "It is strongly suspected that a Newton or Shakespeare excels other mortals only... by having an extra inch of brain in the right place."

Today, many such suspicions are certainties. We understand the structures of the brain, minor and major, and their roles in making us who we are. We can record electrical signals from individual brain cells or networks of them. Imaging technology lets us see both snapshots of the brain and also videos of it in action. We can follow connections within the brain and watch them reform after an injury.

How Your Brain Works explores what's going on inside your head, and what makes you, you. It looks at techniques for controlling the brain using electric and magnetic fields, as well as investigating the latest technologies that allow you to control the outside world using your mind alone.

ABOUT THE SERIES
New Scientist Instant Expert books are definitive and accessible entry points to the most important subjects in science; subjects that challenge, attract debate, invite controversy and engage the most enquiring minds. Designed for curious readers who want to know how things work and why, the Instant Expert series explores the topics that really matter and their impact on individuals, society, and the planet, translating the scientific complexities around us into language that's open to everyone, and putting new ideas and discoveries into perspective and context.

Since the first magazine was published in 1956, New Scientist has established a world-beating reputation for exploring and uncovering the latest developments and discoveries in science and technology, placing them in context and exploring what they mean for the future. Each week through a variety of different channels, including print, online, social media and more, New Scientist reaches over four million highly engaged readers - over a million readers for the print magazine alone.