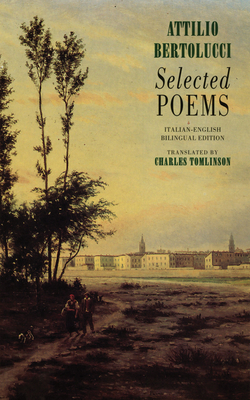 Attilio Bertolucci was one of Italy's greatest modern poets. This book is the first English edition of his poetry. His translator Charles Tomlinson was known internationally as one of the most distinguished modern English poets: his poems were described by Hugh Kenner as 'among the best in the English language in this century'.

Born in 1911, Attilio Bertolucci published his first book of poems at the age of 18. His second, published in 1934, was recognised and favourably reviewed by Eugenio Montale. There followed a period of silence, broken in 1951 by The Indian Wigwam, which won the Viareggio Prize. He published two other books in the early 50s, but no more poetry until Winter Journey in 1971, his most boldly experimental as well as his most mature book. He also published two bestselling volumes of a novel in verse, La camera da letto, a kind of family history about his parents and childhood, and his love for Ninetta, the mother of Giuseppe and Bernardo Bertolucci, his two film-director sons.

A frequent cause of pleasure and also disquiet in Bertolucci's poetry is his sense of time, the calm fire of the days. The critic Paolo Lagazzi speaks of Bertolucci, although slowly bleeding to death because wounded by time, as also drawing from time 'all the gifts, colours, sweetnesses still possible - while darkness and winter advance without truce'.