The Shi'a of Samarra: The Heritage and Politics of a Community in Iraq (Library of Modern Middle East Studies #111) (Hardcover) 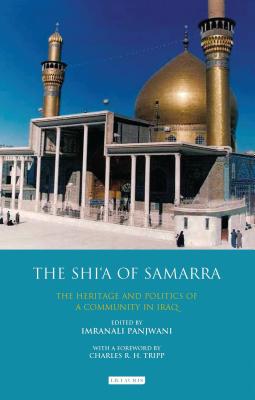 By Imranali Panjwani
$135.00
This book is out of stock indefinitely, unable to order at this time.

On February 22, 2006, the main dome of the al-Askariyya shrine in Samarra was blown up. In the aftermath, sectarian strife between Shi'i and Sunni communities in Iraq and the wider region resonated around the world. The assault on Samarra, which was built in the period of the Abbasid caliphate in the ninth century CE, therefore came to represent for many a symbol of the destructive civil conflict which engulfed Iraq following the 2003 US-led invasion. The Shi'a of Samarra explores and analyses the cultural, architectural, and political heritage of the Shi'a in both Samarra and the Middle East, thus highlighting how this city functions as a microcosm for the contentious issues and debates which remain at the forefront of efforts to rebuild the modern Iraqi state. Its examination of the socio-political context of the Shi'a/Sunni divide provides important insights for students and researchers working on the history and politics of Iraq and the Middle East, as well as those interested in the art and architecture of the Islamic world.

Imranali Panjwani is Research Co-ordinator at the Centre for Islamic Shi'a Studies in London. Educated at the University of Sheffield and Al-Mahdi Institute in Birmingham, he is PhD candidate in the Theology and Religious Studies faculty at King's College London. Charles R. H. Tripp is Professor of Politics at the School of Oriental and African Studies (SOAS), University of London. Author of A History of Iraq (2007, 3rd edition), he is a noted expert on the Middle East and modern Iraq.