The Canterville Ghost and Other Stories (Alma Junior Classics) (Paperback) 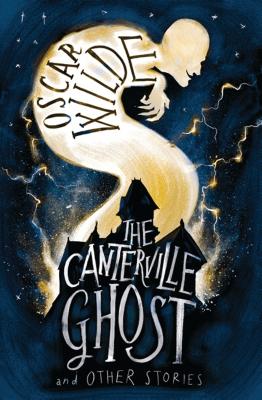 A unique selection which includes alongside The Canterville Ghost other three comic mysteries stories which will delight older kids.

When the Americans Mr and Mrs Otis and their four children move into Canterville Chase, its previous occupant Lord Canterville warns them that the ghost of his ancestor still haunts the house. Their disbelief is soon shattered by the nightly sound of rattling chains in the hallways and the appearance of mysterious bloodstains in the living room. However, the ghost struggles to intimidate his new victims, as they counter his ghoulish behaviour with typically transatlantic pragmatism, offering lubricator for his chains and cleaning up the stains with detergent. As the spirit is deserted by his capacity to scare, Virginia, the Otises' daughter, gets to know him and learns the tragic tale behind his sad fate.

Sparkling with his trademark wit, this classic tale is one of Oscar Wilde's finest stories and is presented here with three other comic mystery stories, 'Lord Arthur Savile's Crime', 'The Sphinx without a Secret' and 'The Model Millionaire', all of which were first published together in 1891.

Oscar Fingal O'Flahertie Wills Wilde (b. Dublin, 1854) was an Irish playwright, who wrote one of the best loved comedies in the English language - The Importance of Being Earnest (1895). A leading wit and conversationalist in London society, his career was destroyed at its height when he was imprisoned for homosexual offences. Wilde was born in Dublin and educated at Trinity College, Dublin, and Magdalen College, Oxford. Settling in London, he became famous for his extravagant dress, long hair, and paradoxical views on art, literature, and morality. His first play, Vera (1880), a tragedy about Russian nihilists, was produced in New York to poor reviews. Success in the theatre came with the elegant drawing-room comedy Lady Windermere's Fan. A Woman of No Importance (1893) was another success. Other works for the theatre were An Ideal Husband (1895) and the biblical Salomé (1896), written in French for Sarah Bernhardt. Wilde flaunted his homosexual affairs, including his ill-fated liaison with Lord Alfred Douglas. Following a celebrated trial in 1895 he was sentenced to two years' imprisonment with hard labour. The sentence led to public humiliation, poor health, and bankruptcy. On his release in 1897 he left for France and remained in exile there until his death in 1900.