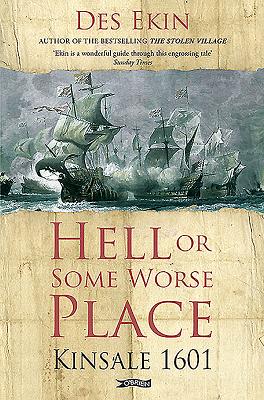 As thunder crashes and lightning rakes the sky, three very different commanders line up for a battle that will decide the fate of a nation.

General Juan del guila has been sprung from a prison cell to command the last great Spanish Armada. Its mission: to seize a bridgehead in Queen Elizabeth's territory and hold it.

Facing him is Charles Blount, a brilliant English strategist whose career is also under a cloud. His affair with a married woman edged him into a treasonous conspiracy - and brought him to within a hair's breadth of the gallows.

Meanwhile, Irish insurgent Hugh O'Neill knows that this is his final chance to drive the English out of Ireland.

For each man, this is the last throw of the dice. Tomorrow they will be either heroes - or has-beens.

These colorful commanders come alive in this true-life story of courage and endurance, of bitterness and betrayal, and of intrigue at the highest levels in the courts of England and Spain.

Praise for The Stolen Village:

'...a harrowing tale that sheds light on the little-known trade in white slaves ... a fascinating exploration of a forgotten chapter of British and European history' Giles Milton - BBC History Magazine