The Colourful Life of an Engineer: Volume 4 - Mesopotamia (1919-1924). The Story Of An Engineer With The British Army Of Occupation (Paperback) 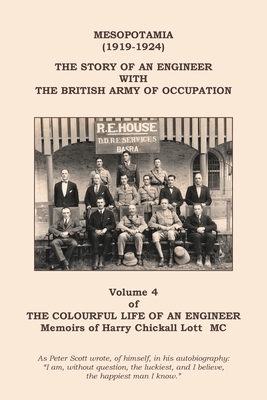 A fascinating glimpse of Iraq 100 years ago and the British Army of Occupation.

Based with the Royal Engineers in Baghdad and Basra, Harry was responsible for supply of electricity, water and ice to garrisons and local residents throughout the region, employing up to 8,000 men before reducing the staff and the cost to the Exchequer of the British presence.

The Arab Revolt, dinners with King Feisal, constructing facilities for the newly formed RAF, and working with Sir John Salmond are described alongside river trips, tennis and garden parties at the Makina Club, and shooting trips for sand-grouse in the desert and for duck and wild boar in the Marshes.