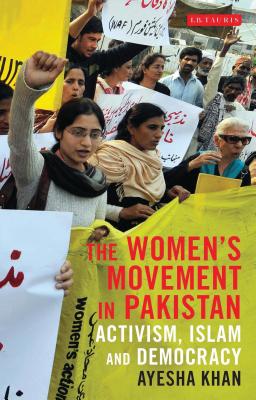 The military rule of General Zia ul-Haq, former President of Pakistan, had significant political repercussions for the country. Islamization policies were far more pronounced and control over women became the key marker of the state's adherence to religious norms. Women's rights activists mobilized as a result, campaigning to reverse oppressive policies and redefine the relationship between state, society and Islam. Their calls for a liberal democracy led them to be targeted and suppressed.
This book is a history of the modern women's movement in Pakistan. The research is based on documents from the Women's Action Forum archives, court judgments on relevant cases, as well as interviews with activists, lawyers and judges and analysis of newspapers and magazines. Ayesha Khan argues that the demand for a secular state and resistance to Islamization should not be misunderstood as Pakistani women sympathizing with a western agenda. Rather, their work is a crucial contribution to the evolution of the Pakistani state. The book outlines the discriminatory laws and policies that triggered domestic and international outcry, landmark cases of sexual violence that rallied women activists together and the important breakthroughs that enhanced women's rights. At a time when the women's movement in Pakistan is in danger of shrinking, this book highlights its historic significance and its continued relevance today.

Ayesha Khan is Senior Researcher at the Collective for Social Sciences Research in Karachi. She has been a journalist in international radio, local television and for newspapers and has also worked at various NGOs. She gained her BA in Philosophy at Yale University in 1987 and her MA in Area Studies at SOAS, University of London, in 1989. Her contributions have appeared in Feminism, Empowerment and Development, Thinking International Relations Differently and Interrogating Imperialism and in journals including Feminist Economics and the Journal of Pakistan Medical Association.