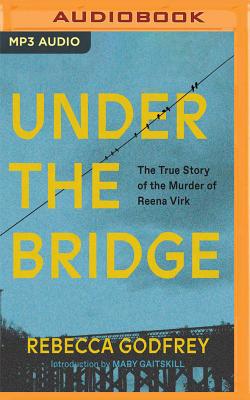 "A swift, harrowing classic perfect for these unnerving times." (Jenny Offill, author of Dept. of Speculation)

One moonlit night, 14-year-old Reena Virk went to join friends at a party and never returned home. In this "tour de force of crime reportage" (Kirkus Reviews), acclaimed author Rebecca Godfrey takes us into the hidden world of the seven teenage girls - and boy - accused of a savage murder. As she follows the investigation and trials, Godfrey reveals the startling truth about the unlikely killers. Laced with lyricism and insight, Under the Bridge is an unforgettable look at a haunting modern tragedy.