The Berlin Exchange: A Novel (CD-Audio) 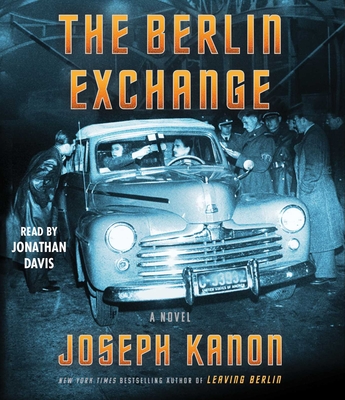 From “the most accomplished spy novelist working today” (The Sunday Times, London), a “heart-poundingly suspenseful” (The Washington Post) espionage thriller set at the height of the Cold War, when a captured American who has spied for the KGB is returned to East Berlin, needing to know who arranged for his release and what they now want from him.

Berlin, 1963. An early morning spy swap, not at the familiar setting for such exchanges, nor at Checkpoint Charlie, where international visitors cross into the East, but at a more discreet border crossing, usually reserved for East German VIPs. The Communists are trading two American students caught helping people to escape over the wall and an aging MI6 operative. On the other side of the trade: Martin Keller, a physicist who once made headlines, but who then disappeared into the English prison system. Keller’s most critical possession: his American passport. Keller’s most ardent desire: to see his ex-wife Sabine and their young son.

The exchange is made with the formality characteristic of these swaps. But Martin has other questions: Who asked for him? Who negotiated the deal? The KGB? He knows that nothing happens by chance. They want him for something. Not physics—his expertise is out of date. Something else, which he cannot learn until he arrives in East Berlin, when suddenly the game is afoot.

Intriguing and atmospheric, with action rising to a dangerous climax, The Berlin Exchange “expertly describes what happens when a disillusioned former agent tries to come in from the cold” (The New York Times Book Review), confirming Kanon as “the greatest writer ever of historical espionage fiction” (Spybrary).

"Narrator Jonathan Davis helps build the tension, creating a dark atmosphere of suspicion and suspense. His strong characterizations help listeners keep track of the story’s principals. Davis’s authentic-sounding pronunciation of names and places also helps to set the scenes and build the atmosphere, while his excellent pacing amps up the tension."
— AudioFile Magazine