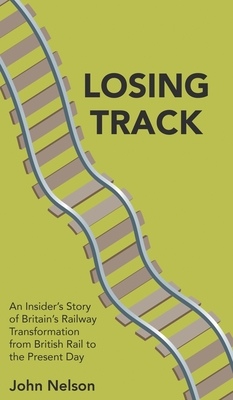 By John Nelson
$20.99
Not On Our Shelves - Available to Order

How Britain's railways are organised is the book's running theme. It is an account that will interest anyone wanting to understand how things could be run better. Written by John Nelson who was centrally involved in all of the controversial changes that took place over the last half century, it draws on his own public and private sector experience to provide evidence based opinion of what needs to be done now.

Along the way he describes what the post Beeching railway was like to work in; the internal battles that raged during the commercialisation of BR in the 1980s; the ideological privatisation process of the 1990s and how it nearly came unstuck; how the first franchises were awarded and the motivations of their owners; how some were saved from financial collapse; and how first Railtrack and then franchising ran into the sand. He describes how all attempts to put right the mistakes made when trains and infrastructure were separated have failed. In describing key events he explains the roles of many of the senior managers, civil servants and politicians who were centrally involved.

This book shows that the country's railway was only organised effectively for a brief period during the early 1990s. Politically-motivated reforms then and since have created an industry that today is neither truly privatised nor fit for purpose.