The Future of the Image (Paperback) 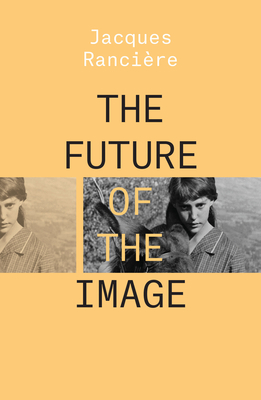 In The Future of the Image,Jacques Rancière develops a fascinating new concept of the image incontemporary art, showing how art and politics have always beenintrinsically intertwined. Covering a range of art movements, filmmakers such as Godard and Bresson, andthinkers such as Foucault, Deleuze, Adorno, Barthes, Lyotard andGreenberg, Rancière shows that contemporary theorists of the image aresuffering from religious tendencies.

He argues that there is a starkpolitical choice in art: it can either reinforce a radical democracy,or create a new reactionary mysticism. For Rancière there is never apure art: the aesthetic revolution must always embrace egalitarianideals.

“Much of the value of Rancière’s writings on art and aesthetics arises from his initial refusal of terms that are self-evident to the point of invisibility.”
—Frieze

“It is too simplistic to say that Jacques Rancière is the anti-Bourdieu. But it is not inaccurate. Robustly conceptual where Bourdieu is empirical, abstractly philosophical where Bourdieu was sociologically precise, he offers a recasting of aesthetic questions that attempts implicitly to rescue the category of the aesthetic from the learned helplessness, or cynical reason, in which Bourdieu left it.”
—Nicholas Dames, n+1

“His art lies in the rigor of his argument—its careful, precise unfolding—and at the same time not treating his reader, whether university professor or unemployed actress, as an imbecile.”
—Kristin Ross

“In the face of impossible attempts to proceed with progressive ideas within the terms of postmodernist discourse, Rancière shows a way out of the malaise.”
—Liam Gillick

“In our time of the disorientation of the left, his writings offer one of the few conceptualizations of how we are to continue to resist.”
—Slavoj Žižek

“It’s clear that Jacques Ranciere is relighting the flame that was extinguished for many—that is why he serves as such a signal reference today.”
—Thomas Hirschhorn

“Like all of Jacques Rancière’s texts, The Future of the Image is vertiginously precise.”
—Les Cahiers du Cinema


“What we see here is Rancière developing a unique voice as a political theorist.”
—Variant