The European Union and the Geopolitics of the Arctic (Hardcover) 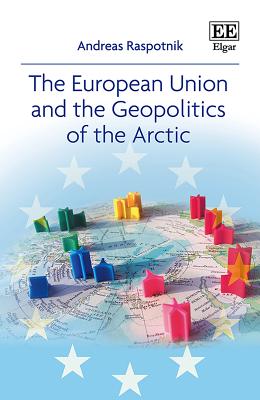 'Andreas Raspotnik's book is a well-written history of the European Union's struggle for recognition in the Arctic; a struggle underpinned by attempts to define what the Circumpolar North means for the EU. Raspotnik adopts the lens of critical geopolitics, which proves very productive in terms of capturing the character of the EU-Arctic nexus. The Union is revealed as a reluctant geopolitical actor, as inherent EU drive to be present in a neighboring region interplays with the lack of genuine interest.'
- Timo Koivurova, University of Lapland, Finland

'In spite of an interpretation that the European Union is 'no geopolitical actor' from the critical approach, the Union clearly impacts (Arctic) geopolitics in the fields of climate and environmental policies, fisheries and science, and benefits from the high geopolitical stability of the Arctic. This book is an informative study and in-depth analysis on European geopolitical agency in a distinct spatiotemporal context, the early-21st century's Arctic, and the EU's process to (re)construct European legitimacy there. Next step is to analyze, if the EU tries to influence the discourse on how to use (govern) the land and waters, as well as resources, of the Arctic.'
- Lassi Heininen, University of Lapland, Finland

The Arctic is a region that has seen exponential growth as a space of geopolitical interest over the past decade. This insightful book is the first to analyse the European Union's Arctic policy endeavours of the early 21st Century from a critical geopolitical perspective.

Exploring the EU's decade-long undertaking to construct legitimacy in the Arctic between 2008 and 2017, Andreas Raspotnik investigates whether the EU can figure prominently in the Artic region as an international actor. This book presents the EU's interest in the Arctic as a fascinating test case for how the EU aims to assert its policies and values in a neighbouring region. By providing an in-depth analysis of the EU's process to establish legitimacy and credibility in the Arctic, Andreas Raspotnik sheds light on the debate regarding whether or not the EU can be perceived as a geopolitical actor.

This contemporary and intriguing book will appeal to scholars and students of international relations, European studies, geography, and Arctic studies, as well as those on courses relating to international organizations and global/regional politics. It will also be of interest to the broader public with an interest in the challenges and opportunities of the Arctic region.