The Mosaic of Islam: A Conversation with Perry Anderson (Paperback) 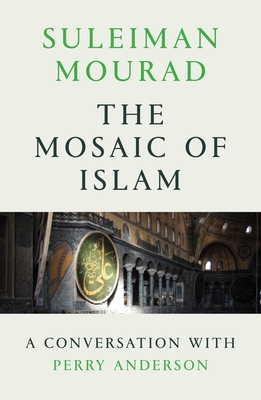 A comprehensive introduction to the faith and politics of Islam

Today, 23 percent of the global population is Muslim, but ignorance and misinformation about Islam persist. In this fascinating and useful book, Perry Anderson interviews the noted scholar of Islam Suleiman Mourad about the Qurʾan and the history of the faith.

Mourad elucidates the different stages in Islam’s development: the Qurʾan as scripture and the history of its codification; Muhammad and the significance of his Sunna and Hadith; the Sunni–Shiʿi split and the formation of various sects; the development of jihad; the transition to modernity and the challenges of reform; and the complexities of Islam in the modern world. He also looks at Wahhabism from its inception in the eighteenth century to its present-day position as the movement that galvanized modern Salafism and gave rise to militant Islam or jihadism.

The Mosaic of Islam reveals both the richness and the fissures of the faith. It speaks of the different voices claiming to represent the religion and spans peaceful groups and manifestations as well as the bloody confrontations that disfigure the Middle East, such as the Saudi intervention in the Yemen and the collapse of Syria and Iraq.

Suleiman Mourad received his PhD from Yale University in 2004. Professor Mourad's research and publications focus on medieval Islamic history and religious thought, including jihad ideology, sacredness of Jerusalem, Qur'anic studies, and the presentation of Jesus and Mary in the Qur'an and Islamic tradition. He is the coauthor of The Intensification and Reorientation of Sunni Jihad Ideology in the Crusader Period, coeditor of Jerusalem: Idea and Reality, and author of Early Islam between Myth and History.

Perry Anderson is the author of, among other books, Spectrum, Lineages of the Absolutist State, Passages from Antiquity to Feudalism, Considerations on Western Marxism, English Questions, The Origins of Postmodernity, and The New Old World. He teaches history at UCLA and is on the editorial board of New Left Review.

“Suleiman Mourad’s lucid guide to Islam’s origins and its imponderables is an instructive and non-polemical work that should be in the pocket of every Government minister, MP, journalist, editor and producer who might have to deal with Muslims, at home or overseas.”
—Times Literary Supplement

“The questions of Perry Anderson are as precise, concise and powerful and the replies of Suleiman Mourad are erudite, accessible and candid … Indispensable.”
—Le Monde

“The Mosaic of Islam is an excellent primer on the faith’s beginnings and its spread throughout the world … the text’s straightforward and plainspoken approach makes it the essential book to read about Islam, especially if one is only going to read one book on the subject.”
—Ron Jacobs, Counterpunch

“A fascinating conversation which demonstrates that Islam is not a monolith but an extremely complex mosaic.”
—Le Figaro

“A seminal guide to Islam.”
—The Morning Star