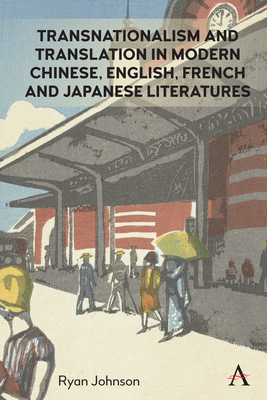 This book addresses several important questions in the fields of modern, comparative, and world literatures. At a time in which "weak theory" and transnationalism are becoming increasingly pressing topics, the volume considers the utility of philosophical logic, literary worlds, and analytic Asian Philosophy to understand world literature. In doing so, it investigates the ways in which Chinese, English, French, and Japanese writers eager to tackle the challenges of modernity gazed both across the Eurasian landmass and back in time to their own traditions.

Transnationalism and Translation in Modern Chinese, English French, and Japanese Literatures contends that world literature consists of many smaller literary worlds that are founded upon and made to conform with the deep-level ontological assumptions of their native tradition. The translation of texts across times and cultures introduces new logical possibilities to literary traditions and the writers who sustain them. Yet each translation also amounts to the creation of a new literary world, in which the ontological assumptions of the original are made to cohere according to the possibilities afforded by the culture into which the text is translated. This clash of ontologies, often overlooked in world literary studies, forms the basis of modern translational literature.

This book presents four comparative case studies. It begins with Ted Hughes' and Chou-wen Chung's attempt to make the Bardo Th dol express the desires of an expatriate American-Chinese composer and a rising English poet in the 1950s; passes by Paul Claudel's and Mishima Yukio's mid-century adaptations of medieval Nō theatre; looks at Claudel's and Kuki Shūzō's efforts to make the poetry of the Kokin Wakashū and premodern Japan accord with the experience of being an expatriate in 1920s Tokyo and Paris; and finishes with Hughes' and Bei Dao's endeavours to place themselves as heirs to the traditions of both China and Europe. It is these fortuitous but often ignored points of contact between East and West, ancient and modern, that exemplify the challenges and possibilities of transnationalism, allowing for an innovative new way of comprehending the multidirectional flow of world literature.

Ryan Johnson is a tutor and research assistant in the Faculty of Arts and Sciences at the University of Sydney.