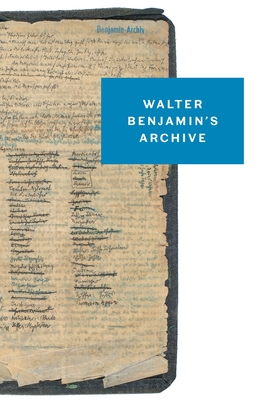 The work of the great literary and cultural critic Walter Benjamin is an audacious plotting of history, art, and thought; a reservoir of texts, commentaries, scraps, and fragments of everyday life, art, and dreams. Throughout his life, Benjamin gathered together all kinds of artifacts, assortments of images, texts, and signs, themselves representing experiences, ideas, and hopes, each of which was enthusiastically logged, systematized, and analyzed by their author. In this way, Benjamin laid the groundwork for the salvaging of his own legacy.

Intricate and intimate, Walter Benjamin’s Archive leads readers to the heart of his intellectual world, yielding a rich and detailed portrait of its author.

Esther Leslie is a lecturer in English and Humanities at Birkbeck College, London. She is the author of Walter Benjamin: Overpowering Conformism and sits on the editorial boards of Historical Materialism, Radical Philosophy and Revolutionary History.

“This Archive is an object to treasure and has the aura of a reliquary, but Benjamin is no saint. Hidden within this small selection is a profaning giant whom we are only beginning to see.”
—Independent

“The most important German aesthetician and literary critic of the twentieth century.”
—George Steiner

“Elegantly brings together the materials of Benjamin’s bequest and reminds us of what his friend Theodor Adorno rightly said was its greatest significance for subsequent thinking.”
—Frieze