Writing History in the Medieval Islamic World: The Value of Chronicles as Archives (Hardcover) 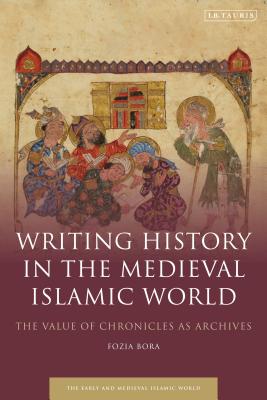 In the 'encyclopaedic' fourteenth century, Arabic chronicles produced in Mamluk cities bore textual witness to both recent and bygone history, including that of the Fatimids (969-1171CE). For in two centuries of rule over Egypt and North Africa, the Isma'ili Fatimids had left few self-generated historiographical records. Instead, it fell to Ayyubid and Mamluk historians to represent the dynasty to posterity. This monograph sets out to explain how later historians preserved, interpreted and re-organised earlier textual sources.
Mamluk historians engaged in a sophisticated archival practice within historiography, rather than uncritically reproducing earlier reports. In a new diplomatic edition, translation and analysis of Mamluk historian Ibn al-Furat's account of late Fatimid rule in The History of Dynasties and Kings, a widely known but barely copied universal chronicle of Islamic history, Fozia Bora traces the survival of historiographical narratives from Fatimid Egypt. Through Ibn al-Furat's text, Bora demonstrates archivality as the heuristic key to Mamluk historical writing.
This book is essential for all scholars working on the written culture and history of the medieval Islamic world, and paves the way for a more nuanced reading of pre-modern Arabic chronicles and of the epistemic environment in which they were produced.

Fozia Bora is a lecturer in Middle Eastern History at the University of Leeds, where she is also the director of postgraduate research in Arabic, Islamic and Middle Eastern Studies. She received her DPhil from the University of Oxford and held a postdoctoral fellowship at the Cambridge Muslim College. She has published in peer-reviewed journals and was recently awarded the Royal Asiatic Society's Staunton Prize for 'outstanding work by an early-career scholar'.