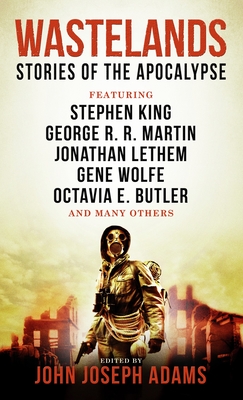 Prescient tales of Armageddon and its aftermath, by twenty-two of today's finest writers, including:

Together they reveal what it will mean to survive and remain human after the end of the world...

John Joseph Adams is an American science fiction and fantasy editor and critic. His anthology The Living Dead was nominated for a World Fantasy Award and was named one of the "Best Books of the Year" by Publishers Weekly. Barnes & Noble.com labeled Adams "The Reigning King of the Anthology World". He was a finalist for the 2011 Hugo Award for Best Professional Editor, Short Form, and his magazine Lightspeed Magazine was a finalist for Best Semiprozine.