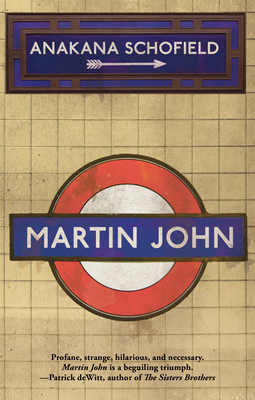 Finalist for the 2015 Giller Prize

Among The Toronto Star's Top 5 Fiction Books of 2015

Among Largehearted Boy's Favourite Novels of 2015

Among The Edmonton Journal's Top 5 Books of 2015

From Anakana Schofield, the brilliant author of the bestselling Malarky, comes a darkly comic novel circuiting through the mind, motivations and preoccupations of a character many women have experienced but few have understood quite so well. The result confirms Schofield as one of the bravest and most innovative authors at work in English today.

Anakana Schofield is an Irish-born writer, who won the Amazon.ca First Novel Award and the Debut-Litzer Prize for Fiction in 2013 for her debut novel Malarky.

Anakana Schofield won the Amazon.ca First Novel Award and the Debut-Litzer Prize for Fiction in 2013 for her debut novel Malarky. Irish-Canadian, she has lived in London and in Dublin, Ireland and presently lives in Vancouver. Malarky was also nominated for the Ethel Wilson Fiction Prize, selected as a Barnes & Noble Discover Great New Writers pick, and named on many best books of 2012 lists. Schofield has contributed criticism and essays to the London Review of Books Blog, The Guardian, The Irish Times and The Globe and Mail and more.