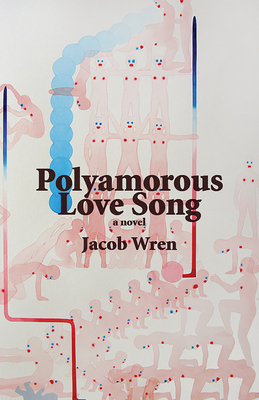 From interdisciplinary writer and performer Jacob Wren comes Polyamorous Love Song, a novel of intertwined narratives concerning the relationship between artists and the world. Shot through with unexpected moments of sex and violence, readers will become acquainted with a world that is at once the same and opposite from the one in which they live. With a diverse palette of vivid characters - from people who wear furry mascot costumes at all times, to a group of "New Filmmakers" that devises increasingly unexpected sexual scenarios with complete strangers, to a secret society that concocts a virus that only infects those on the political right - Wren's avant-garde Polyamorous Love Song (finalist for the 2013 Fence Modern Prize in Prose) will appeal to readers with an interest in the visual arts, theatre, and performance of all types.

Jacob Wren creates literature, performances ad exhibitions. His books include Unrehearsed Beauty (1998), Families Are Formed Through Copulation (2007), and Revenge Fantasies of the Politically Dispossessed (2010). As co-artistic director of Montreal-based interdisciplinary group PME-ART, he co-created the performances En fran?ais comme en anglais, it's easy to criticize (1998), and the HOSPITALITƒ / HOSPITALITY series including Individualism Was a Mistake (2008), The DJ Who Gave Too Much Information (2011), and Every Song I've Ever Written (2013). International collaborations include a stage adaptation of the 1954 Wolfgang Koeppen novel Der Tod in Rom (Sophiensaele, Berlin, 2007); An Anthology of Optimism (co-created with Pieter De Buysser / Campo, Ghent, 2008); Big Brother Where Art Thou? (a project entirely on Facebook, co-created with Lene Berg / OFFTA / PME-ART, 2011); and, No Double Life For The Wicked (co-created with Tori Kudo / The Museum of Art, Kochi, Japan, 2012.) Wren travels internationally with alarming frequency and frequently writes about contemporary art. Follow Wren at http://www.radicalcut.blogspot.com and http://jacobwren.tumblr.com.

Polyamorous Love Song is...surreal, transgressive, and unsettling. It has the capacity to not only deliver itself like a punch to the gut but also leave a lingering sting. - Quill and Quire (Starred review)

The book of your dreams....
- Globe and Mail

At once thoughtful, thrilling, terrifying, comedic and disturbing...
- Cult MTL

Polyamorous Love Song sets up every human being as an artist - oversexed, furry and holding a gun - to play through wicked palindromes of sex performance and political protest. This book notably asks: Are we all pretending? Wren mines the ethical implications of both hidden literature and mass entertainment. Reading it, I wondered why I wasn't more afraid.
- Tamara Faith Berger

Everything Jacob Wren touches interests me, excites me - he's both sophisticated and innocent in attitude - he's a kind of wise old man and open-hearted lover. With his vivacious ideas, word play, and the serious and inane served up on a plate - Wren lifts my spirits, intellectual and other, because to know he's writing so beautifully in this mad, sad world is a wonderful thing.
- Lynne Tilman - -