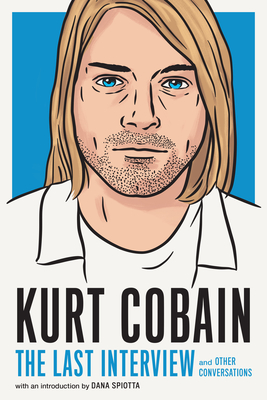 Kurt Cobain burst into American consciousness with a vengeance with the release of Nevermind, an instant classic that defined a sound and a generation. Three years later, he was dead of suicide, leaving a meteoric career and a cultural influence that would never wane.

As the lead singer and guitarist of Nirvana, Kurt Cobain changed American music as few musicians ever have. His instantly identifiable raspy croon, his slash-and-burn guitar playing, and his corrosive and poetic lyrics made him a hero to a generation of lost souls. In interviews Cobain was funny, thoughtful, sarcastic, impassioned, and even kind. This collection of interviews provides a look at a man who was too often misunderstood.

Kurt Cobain (February 20, 1967 – April 5, 1994) was an American singer, guitarist, and songwriter. With his band Nirvana he invented the hard-rock genre known as grunge and became an inspiration to a generation with his corrosive, poetic lyrics and blistering stage presence. He was inducted posthumously into the Rock and Roll Hall of Fame in 2014.

"A collection that helps reveal more about the man behind the mythical anthems of the grunge generation." -- Kirkus Reviews