The Man Who Hacked the World: A Ghostwriter's Descent Into Madness with John McAfee (Hardcover) 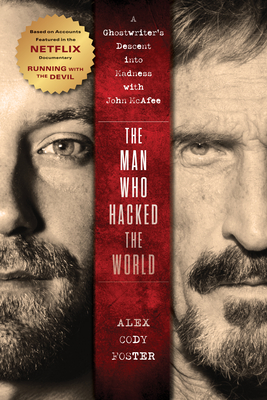 After parting ways with the eponymous McAfee Antivirus software company in 1994, McAfee embarked on innumerable business, political, and criminal enterprises. From investing in cybersecurity and cryptocurrency, to accusations of murdering his neighbor in Belize, to making two unsuccessful bids for President of the United States-the latter attempt done in exile following a federal indictment-this larger-than-life man nurtured a rakish public profile while evading law enforcement for his involvement with drugs, weapons, and murder.

For six months, Alex Cody Foster-hired as McAfee's ghostwriter-traveled with McAfee across America and Europe, occasionally going on the run to evade purported killers and kidnappers. Foster tells the incomparable tale of how the two of them met, where their adventures had taken them, and what precipitated McAfee's death.