Confessions of the Fox (Compact Disc) 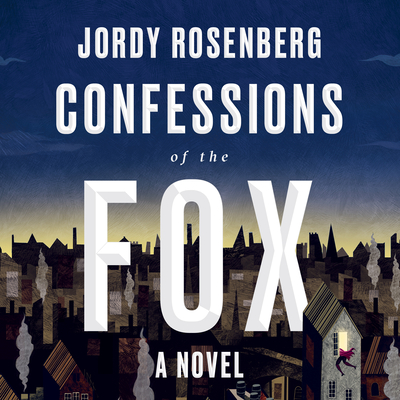 By Jordy Rosenberg, Aden Hakimi (Narrated by)
Unavailable, our apologies.
Out of Print

Confessions of the Fox recounts the life of Jack Sheppard, a folk hero of eighteenth-century England and the basis for the character Macheath in Brecht's Threepenny Opera. Rosenberg's Sheppard, however, is a transgender man, and this brazenly revisionist history doubles as a political survival manual for the present day. Footnotes relate a contemporary subplot, following the romantic exploits and intellectual curiosities of an erstwhile Marxist academic, until these stories suddenly converge in an insurrectionary denouement. An exhilarating moment of contemporary agitprop.

Recently jilted and increasingly unhinged, Dr. Voth throws himself into his work, obsessively researching the life of Jack Sheppard, a legendary eighteenth century thief. No one knows Jack's true story-his confessions have never been found. That is, until Dr. Voth discovers a mysterious stack of papers titled Confessions of the Fox. Dated 1724, the manuscript tells the story of an orphan named P. Sold into servitude at twelve, P struggles for years with her desire to live as Jack. When P falls dizzyingly in love with Bess, a sex worker looking for freedom of her own, P begins to imagine a different life. Bess brings P into the London underworld where scamps and rogues clash with London's newly established police force, queer subcultures thrive, and ominous threats of an oncoming plague abound. At last, P becomes Jack Sheppard, one of the most notorious-and most wanted-thieves in history. Back in the present, Dr. Voth works feverishly day and night to authenticate the manuscript. But he's not the only one who wants Jack's story-and some people will do whatever it takes to get it. As both Jack and Voth are drawn into corruption and conspiracy, it becomes clear that their fates are intertwined-and only a miracle will save them both.