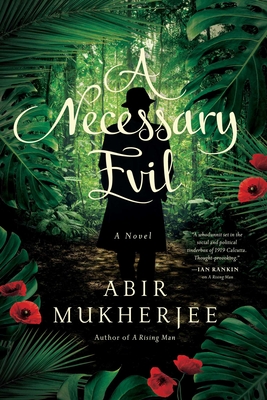 By Abir Mukherjee
Unavailable, our apologies.
Out of Print

This is book number 2 in the Wyndham & Banerjee Mysteries series.

The fabulously wealthy kingdom of Sambalpore is home to tigers, elephants, diamond mines, and the beautiful Palace of the Sun. But when the heir to the throne is assassinated in the presence of Captain Sam Wyndham and Sergeant 'Surrender-Not' Banerjee, they discover a kingdom riven with suppressed conflict. Prince Adhir was a modernizer whose attitudes—and romantic relationships—may have upset the more religious elements of his country, while his brother—now in line to the throne—appears to be a feckless playboy.

As Wyndham and Banerjee desperately try to unravel the mystery behind the assassination, they become entangled in a dangerous world where those in power live by their own rules—and those who cross their paths pay with their lives. They must find a murderer, before the murderer finds them . . .

"Mukherjee is adept at multifaceted, slow-burn plot manipulations. Packed with incident and intrigue, yet never in a way that sacrifices historical verisimilitude or character development for the sake of a thrill. At its heart, the novel and its prequel, A Rising Man, take the buddy-cop formula and turn it on its head in endless rotations. From the cars to the flowers to the moth-eaten flags, Wyndham sees empire for the lie that it is. This makes him an intriguing embodiment of the intricacies and hypocrisies of the period—especially in Mukherjee’s hands."
— Los Angeles Review of Books

"This atmospheric sequel to A Rising Man establishes a strong sense of place by showcasing in rich detail the life of a wealthy maharaja with his wives, concubines, and hundreds of children. Mukherjee further develops his brooding, introspective, and flawed lead protagonist, who relies on his partner’s in-depth knowledge of Indian culture and traditions. Fans of the author’s acclaimed debut, Sujata Massey’s The Widows of Malabar Hill, and mysteries dependent on international locations and history will appreciate this crime novel.”"
— Library Journal (starred)

"Impressive. This successful evocation of the Raj in the service of a brilliant whodunit demonstrates that Mukherjee’s debut was no fluke."
— Publishers Weekly (starred)

"Capitalizes on all the best traits that made his debut, A Rising Man, such a success: relatable characters, rich period detail, accomplished prose, and a fascinating central crime. With A Necessary Evil, Mukherjee has secured his ranking as one of today’s best writers of historical crime fiction."
— BOLO Books

"The novel has a great sense of time and place (be prepared to mop sweat off your brow from the heat!), a fascinating mystery, and an intriguing ending. Definitely recommended!"
— Historical Novels Review (Editor's Choice)

"A Necessary Evil contains much local color, information about the Raj, good detection and a tiger hunt on elephant back. There are several unexpected plot twists, satisfying to the mystery buff."
— Popular Culture Association