Out of My Head: On the Trail of Consciousness (Paperback) 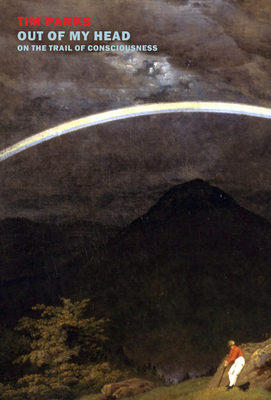 Hardly a day goes by without some discussion about whether computers can be conscious, whether our universe is some kind of simulation, whether mind is a unique quality of human beings or spread out across the universe like butter on bread. Most philosophers believe that our experience is locked inside our skulls, an unreliable representation of a quite different reality outside. Colour, smell and sound, they tell us, occur only in our heads. Yet when neuroscientists look inside our brains to see what's going on, they find only billions of neurons exchanging electrical impulses and releasing chemical substances.

Five years ago, in a chance conversation, Tim Parks came across a radical new theory of consciousness that undercut this interpretation. This set him off on a quest to discover more about this fascinating topic and also led him to observe his own experience with immense attention.

Out of My Head tells the gripping, highly personal, often surprisingly funny, story of Tim Parks' quest to discover more about this fascinating topic. It frames complex metaphysical considerations and technical laboratory experiments in terms we can all understand. Above all, it invites us to see space, time, colour and smell, sounds and sensations in an entirely new way. The world will feel more real after reading it.

Tim Parks has written seventeen novels, including Europa, which was shortlisted for the Booker Prize, and most recently, Painting Death. He is the author of several works of non-fiction, including Italian Neighbors and Italian Ways. Parks has also translated the works of Alberto Moravia, Giacomo Leopardi, and Niccolò Machiavelli, among others, and he is a frequent contributor to The New York Review of Books and the London Review of Books. He lives in Italy.

“Parks recounts with generous and eager openness his conversations with leading philosophers and neuroscientists . . . A lucid exploration of thinking, perceiving, and being human.” —Publishers Weekly

"The microdetail Parks delivers as he observes his surroundings and the restless workings of his own mind echoes that in his Man Booker Prize-nominated novel, Europa. It also has an affinity with Virginia Woolf’s stream-of-consciousness experiments . . . and a small army of Western and Eastern philosophers. Parks is determined to trace every wrinkle of mind-digression, morphing perception and fluctuating theory that he can. . . . His observations of the human mind in action are enjoyably on the mark."—Michael Upchurch, The Boston Globe

"This Oliver Sacks–like book . . . succeeds admirably in bringing difficult ideas down a level. . . . Parks writes well enough to appeal to the layman and the mind boffin alike. Out of My Head is pleasurably nutty, self-regarding and at times quite hilarious." —Ian Thomson, Evening Standard

"Tim Parks considers midlife crisis, a Pixar cartoon and “spread mind” theory in his thoughtful quest to understand consciousness. . . . Consciousness is weighty philosophical and scientific ground, yet Parks plots a chatty, accessible path through impenetrable academic papers and conferences on his quest to understand more about being human." —Ben East, The Observer

"[Parks] is a terrific ambassador for curiosity, and greets each step in his intellectual journey with dogged insistence." —Joe Humphreys, The Irish Times

"By describing his efforts to understand the phenomenon of consciousness in the form of a candid and entertaining journal-cum-memoir, Tim Parks has made a difficult subject interesting and accessible. He is an amateur in this crowded field but he presents professional neuroscientists with some challenging questions." —David Lodge

"[A] fantastic journey into the human brain." —Will Self, New Statesman

"An exceptionally witty and compelling look at the nature of consciousness . . . In tackling consciousness, the full frontal assault, as often practised by philosophers and, in a different way, by neuroscientists, can only get us so far. Tim Parks’ new book is a refreshing attempt to creep up on the hard question obliquely; and to take the argument deeper into the very realm of our embodied experience than it usually goes. The result is lucid, witty and engaging: a deft philosophical juggling act providing, in an honourable tradition, more questions than answers . . . A confessed outsider to both academic philosophy and neuroscience, Parks demonstrates the truth that sometimes the outsider sees most of the game. And he has done his homework . . . Parks is not only excellent company, but a worthy debating partner. He is a delight to read." —Ian McGilchrist, The Tablet (UK)

"A lucid investigation into the nature of experience and its grounding in the brain. Many readers will delight in Parks’s vivid rendering of complex ideas. He has a masterful capacity to entertain theories of the nature of consciousness not as abstract objects of academic scrutiny but as living concerns. These concerns illuminate from within his personal reflections on meditation, love, age, and dreaming." —Nick Haslam, University of Melbourne