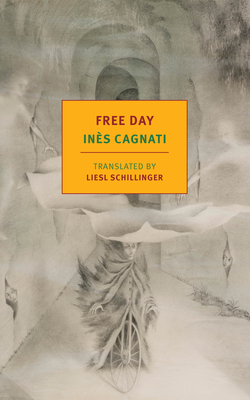 Galla, the 14 year old child of poor Italian immigrants in France, bikes 20 miles from her high school to surprise her mother at home. With the curiosity, frankness, self-awareness, and charm of some of the best-loved kid main characters (think Scout or Harriet the Spy), we are guided by her inner monologue as she tries to make sense of a world that hasn't done her any favors, where the sobering stuckness of her fate is as tangible and heavy as a winter sky full of rain clouds ready to burst.

A haunting and powerful portrait of a young French girl, and her desire to escape the world in which she is born, without losing her identity

In the marshy countryside of southwestern France, fourteen-year-old Galla rides her battered bicycle twenty miles, twice a month, from the high school she attends on scholarship back to her family’s rocky, barren farm. Galla’s loving, overwhelmed mother would prefer she stay at home, where Galla can look after her neglected little sisters and defuse her father’s brutal rages. What does this dutiful daughter owe her family, and what does she owe her own ambition? In Inès Cagnati’s haunting and visually powerful novel Free Day, winner of the 1973 Prix Roger Nimier, Galla makes an extra journey one frigid winter Saturday to surprise her mother. As she anticipates their reunion, she mentally retraces the crooked path of her family’s past and the more recent map of her school life as a poor but proud student. Galla’s dense interior monologue blends with the landscape around her, building a powerful portrait of a girl who yearns to liberate herself from the circumstances that confine her, without losing their ties to her heart.

Inès Cagnati (1937–2007) was born in Monclar, France, in the Aquitaine region of Lot-et-Garonne, and died in Orsay. The child of Italian immigrants, she became a French citizen but never considered herself French. With a bachelor’s degree in modern literature and a certificate for secondary-school instruction, she worked as a professor of literature at the Lycée Carnot in Paris. Cagnati was the author of four prize-winning books: Le Jour de congé (Free Day, 1973); Génie la folle (1976); Mosé, ou Le Lézard qui pleurait (1979); and Les Pipistrelles (1989).

Liesl Schillinger is a literary critic, writer, and translator, and teaches journalism and criticism at the Eugene Lang College of Liberal Arts of the New School for Social Research in New York City. Her articles, reviews, and essays have appeared in The New York Times, Foreign Policy, The New York Review of Books, The New Yorker, The New Atlantic, The Washington Post, and other publications. She has translated works by Alexandre Dumas fils, Nataša Dragnić, Jean Echenoz, and others, and is the author of Wordbirds: An Irreverent Lexicon for the 21st Century. In 2017 she was named a Chevalier of the Order of Arts and Letters of France.

“Galla’s interior monologue unspools as she cycles, gradually revealing the daily miseries and notable occurrences of her life. Like Holden Caulfield, she’s critical of adult hypocrisies, resenting ‘godmothers [who] never give us anything,’ but alive to the possibilities of the natural world. Readers will be invested in this young woman’s demand for dignity.” —Publishers Weekly

“In Free Day Inès Cagnati shows herself to be a remarkable storyteller who is also an explorer of the psychological depths. Her terse words capture her young character’s inner struggle and grief. There is something both of Chekhov and Katherine Mansfield here.” —Le Monde

“The reader’s heart aches right from the start of Free Day. The tone is sober, yet intimate. The world of the book is claustrophobic, the heroine’s situation unbearably moving, the storytelling almost devilishly deft. Is it a masterpiece? It is certainly a revelation.” —L’Express