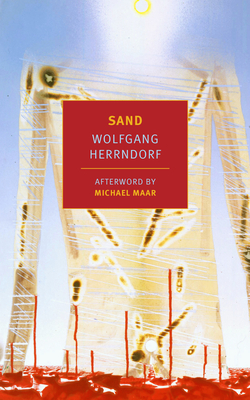 Set in the aftermath of the 1972 Munich Olympics massacre, this darkly sophisticated literary thriller by one of Germany's most celebrated writers is now available in the US for the first time.

North Africa, 1972. While the world is reeling from the massacre of Israeli athletes at the Munich Olympics, a series of mysterious events is playing out in the Sahara. Four people are murdered in a hippie commune, a suitcase full of money disappears, and a pair of unenthusiastic detectives are assigned to investigate. In the midst of it all, a man with no memory tries to evade his armed pursuers. Who are they? What do they want from him? If he could just recall his own identity he might have a chance of working it out. . . .

This darkly sophisticated literary thriller, the last novel Wolfgang Herrndorf completed before his untimely death in 2013, is, in the words of Michael Maar, “the greatest, grisliest, funniest, and wisest novel of the past decade.” Certainly no reader will ever forget it.

Wolfgang Herrndorf (1965–2013) studied painting at the Academy of Fine Arts, Nuremberg. After graduating, he moved to Berlin, where he worked as a magazine illustrator and posted frequently on the Internet forum Wir höflichen Paparazzi (We Polite Paparazzi). In 2001, Herrndorf joined the art and writing collective Zentrale Intelligenz Agentur, eventually contributing to their blog, Riesenmaschine (Giant Machine). He published his first novel, In Plüschgewittern (Storm of Plush), in 2002. This was followed by a collection of short stories, Diesseits des Van-Allen-Gürtels (This Side of the Van Allen Belt, 2007), which received the Ingeborg Bachmann Prize Audience Award. In early 2010, he was diagnosed with a brain tumor; his novel Tschick (Why We Took the Car) was published just months later and would eventually be translated into twenty-four languages. Sand was released in 2011; it was short-listed for the German Book Prize and won the Leipzig Book Fair Prize. Herrndorf committed suicide in the summer of 2013. His posts on Arbeit und Struktur (Work and Structure), the blog he started after receiving his cancer diagnosis, have been published as a book of the same name. An unfinished sequel to Tschick, Bilder einer großen Liebe (Pictures of Your True Love), was released in 2014.

Tim Mohr has translated the work of such authors as Alina Bronsky, Stefanie de Velasco, and Charlotte Roche, as well as Wolfgang Herrndorf’s novel Tschick. His own writing has appeared in The New York Times Book Review, Playboy, and New York magazine, among other publications.  His history of East German punk rock, Burning Down the Haus: Punk  Rock, Revolution, and the Fall of the Berlin Wall, will be published in September 2018.  Prior to his writing career he was a club DJ in Berlin.

Michael Maar is a literary scholar and Germanist. A member of the German Academy, he is the author of a dozen books, of which The Two Lolitas; Speak, Nabokov; and Bluebeard’s Chamber: Guilt and Confession in Thomas Mann have been translated into English.

"German original Wolfgang Herrndorf’s anarchic, brilliant and very funny thriller is like no other book, although it may help to think Catch-22 or even better, William Gaddis’s Carpenter’s Gothic. It must be said that Herrndorf’s dialogue stands equal to that of Gaddis and Thomas Pynchon, no mean feat, and it is masterfully rendered by translator Tim Mohr on inspired form." —Eileen Battersby, Irish Times

"Sand is a careful subversion of the crime thriller genre: no grand exposition is given, only an elegant conclusion left for careful readers.

"So dazzling and original...it is a masterpiece: at once a thriller, a surrealist comedy, and a dark satire, culminating in one of the greatest twists I’ve read." —The Daily Telegraph

"Herrndorf...writes with an arresting cinematic vividness, and there is more than a whiff of Coen brothers’ mayhem about the plot." —The Sunday Times

"[Herrndorf’s] was an extraordinary mind." —Philip Ardagh, The Guardian