It Was Vulgar and It Was Beautiful: How AIDS Activists Used Art to Fight a Pandemic (Compact Disc) 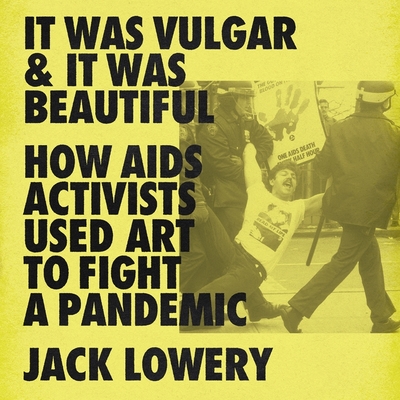 The powerful story of art collective Gran Fury--who fought back during the AIDS crisis through organizing, direct action, and community-made propaganda--offers lessons in love and grief to today's marginalized communities.By the late 1980s, the AIDS pandemic was deeply impacting gay and lesbian communities in America, and disinformation about the disease was running rampant. Out of the activist group ACT UP (AIDS Coalition to Unleash Power), an art collective that called itself Gran Fury was formed, to create graphics and media that campaigned against corporate greed, government inaction, and public indifference to AIDS.In It Was Vulgar and It Was Beautiful, writer Jack Lowery examines Gran Fury's art and activism, from the iconic images like the Kissing Doesn't Kill poster, to the act of dropping thousands of fake bills onto the trading floor of the New York Stock Exchange. Lowery offers a complex, moving portrait of a group that expressed through art the profound trauma of surviving the AIDS crisis and formed essential solidarities between gays and lesbians in the activist community.Gran Fury and ACT UP's strategies are today employed by a variety of activist groups, including survivors of school shootings, harm reduction organizers, and activists for universal healthcare. Their belief in the power of art to create social change and drive political movements is illuminating in this era when violence and unending structural racism continue to target the most vulnerable.