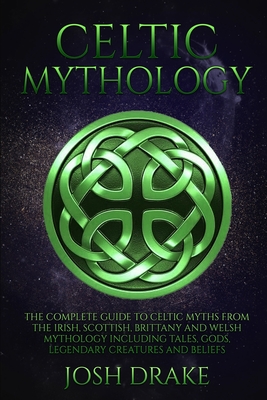 This is book number 2 in the Mythology series.

Are you interested in ancient cultures, meaningful tales, and entrancing folklore?

Because if you are, this book has much in store for you.

Do you know that the Celtic culture and folklore, though with a primarily Irish origin, has widespread branches across the globe - as far as the British, Scottish, and Welsh cultures of Europe, and right into the Euro-Asian territory of Turkey?

It is a culture that was as interesting as it was mysterious and has passed its knowledge of mythological creatures and deities from generation to generation, developing a holistic view of the universe.

This book can provide you with a combination of all the aspects of Celtic mythology - from its Irish and Welsh origins to its Scottish and Brittany sides - allowing you to have a complete 360-degree view of the world with a perspective that is much more interesting and spiritually accurate than the contemporary ones.

In this book, you will be discovering a completely different side of the universe and looking at deities that seem to have much in common with the Greek Gods but are believed to be different. It accounts for all the Tales, Gods, Legendary Creatures and Beliefs that have dominated the Celtic folklore and been conveyed by it - being handed down generation to generation for centuries.