Sumerians: A Captivating Guide to Ancient Sumerian History, Sumerian Mythology and the Mesopotamian Empire of the Sumer Civilizat (Hardcover) 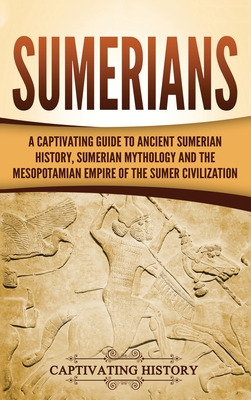 Explore the Captivating History of the Sumerians

The sheer importance of Sumerian culture in regards to world culture as a whole is impossible to overstate. This civilization is single-handedly responsible for some of the most major innovations in nearly every field relevant to maintaining a civilized society - this includes religion, lawmaking, architecture, schooling, art, literature, and even entertainment.

Naturally, most of what we see as negative aspects of society were established in Ancient Sumer as well. There wasn't an aspect of Sumerian life that wasn't plagued with corruption or devastation of one form or another. In other words, the Sumerians gave us both the sublimeness of faith and the rigidness of religious thought coupled with a desire for political supremacy. They gave us both the benevolent, caring monarchs and cruel, punishing tyrants; the educated child and the spoiled brat; the hard-working agrarian and the drunken reveler; and the epic empires as well as the pathetic remnants of them. The Sumerians did it all, and they did it first.

Some of the topics and questions covered in this book include:

Get the book now to learn more about the Sumerians