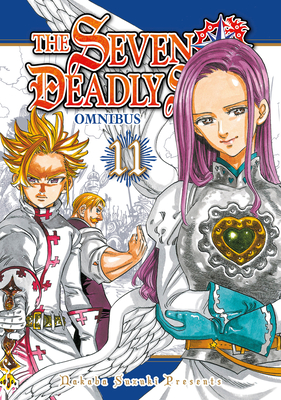 By Nakaba Suzuki
$19.99
Unavailable
Not Yet Published - Other Formats May Be Available

This is book number 11 in the The Seven Deadly Sins Omnibus series.

Ride forth into the magical world of Britannia with a new 3-in-1 omnibus version of the manga that inspired the most popular Netflix Original Anime worldwide! This book includes Vols. 31-33 of The Seven Deadly Sins manga, in a special, large size.