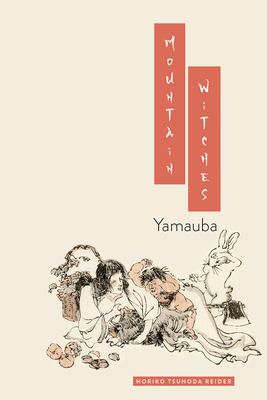 Mountain Witches is a comprehensive guide to the complex figure of yamauba—female yōkai often translated as mountain witches, who are commonly described as tall, enigmatic women with long hair, piercing eyes, and large mouths that open from ear to ear and who live in the mountains—and the evolution of their roles and significance in Japanese culture and society from the premodern era to the present. In recent years yamauba have attracted much attention among scholars of women’s literature as women unconstrained by conformative norms or social expectations, but this is the first book to demonstrate how these figures contribute to folklore, Japanese studies, cultural studies, and gender studies.

Situating the yamauba within the construct of yōkai and archetypes, Noriko T. Reider investigates the yamauba attributes through the examination of narratives including folktales, literary works, legends, modern fiction, manga, and anime. She traces the lineage of a yamauba image from the seventh-century text Kojiki to the streets of Shibuya, Tokyo, and explores its emergence as well as its various, often conflicting, characteristics. Reider also examines the adaptation and re-creation of the prototype in diverse media such as modern fiction, film, manga, anime, and fashion in relation to the changing status of women in Japanese society.

Offering a comprehensive overview of the development of the yamauba as a literary and mythic trope, Mountain Witches is a study of an archetype that endures in Japanese media and folklore. It will be valuable to students, scholars, and the general reader interested in folklore, Japanese literature, demonology, history, anthropology, cultural studies, gender studies, and the visual and performing arts.

Noriko T. Reider is professor of Japanese at Miami University, where her research focuses on the supernatural in Japanese literature, folklore, and art. She is the author of Seven Demon Stories from Medieval Japan, Japanese Demon Lore, Mountain Witches and Tales of the Supernatural in Early Modern Japan. Her articles and reviews have appeared in Asian Ethnology, Japan Forum, and Film Criticism, among other journals.

“As the first book-length study in English devoted to yamauba, this manuscript will make a valuable contribution to the fields of folklore, Japanese literary and cultural studies, and feminist criticism.”
—Mayako Murai, Kanagawa University, Japan