The Arch of Fire (Paperback) 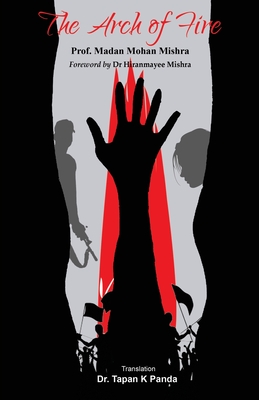 'The Arch of Fire' is based on the Naxalite' tactic against the Indian State. Seizing land from oppressors and redistributing it amongst the peasants has been the aim of the Naxalites since its creation. In 1967, oppressed peasants inspired by the communist movement raised their bows and arrows against the feudal landowners in Naxalbari. Naxalites, raised their upgraded, more sophisticated weapons against mining corporations and development projects which threatened to expel indigenous tribes or Adivasis from their ancestral lands in order to exploit the mineral-rich soil. The Naxalite movement as we know it today, its emergence is a result of the various fragmentations of communist ideologies in India over time. Hence, in order to comprehend the nature of Naxalism, one must first delve into its own tumultuous history. This novel received Odisha Sahitya Academy award in 1989.