Making It: What I Got Away with in Hollywood (Paperback) 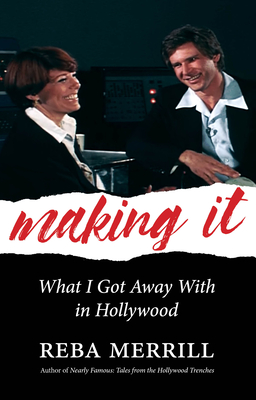 Have you ever wondered what Angelina Jolie fears the most, or what Dustin Hoffman did to ease tension on a film set? What did Whitney Houston think about fame? Find out the secrets of the stars as you go behind the scenes of some of your favorite films with Reba Merrill, and international entertainment journalist who has interviewed hundreds of celebrities while promoting over 500 feature films. Follow Reba's personal journey as she conquers her own addiction and survives the challenging road to success in Hollywood, learning along the way that a celebrity's problems are not so different from our own.