Atlanta's Iconic Ape: The Life of Willie B. (Paperback) 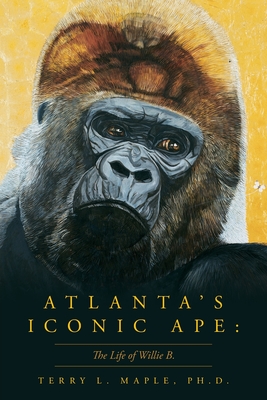 At the time of his death at Zoo Atlanta in 2000, Willie B. was arguably the most famous gorilla in the world. Locally, he was an icon with more than 8,000 people in attendance at his memorial service conducted by Atlanta's Mayor, Reverend Andrew Young. Zoo Atlanta's reform President/CEO, Georgia Tech Professor Terry Maple, was responsible for Willie B.'s transformation into a successful silverback. In a phrase, Professor Maple freed Willie B. to live in an urban Eden, the Ford African Rain Forest exhibit where he sired ﬁve oﬀ spring. His extraordinary story is described in this fascinating biography of his life.

The story of Willie B. is a metaphor for the Zoo Atlanta story, an institution that evolved from an industry pariah to become one of America's most innovative zoological parks. It is also Terry Maple's history of his eighteen years rebuilding the zoo and directing one of the most important behavioral research programs in the world. Because Maple and his students studied the zoo's metamorphosis in detail, it is the most documented recovery of a failed nonproﬁt in the nation's history. Zoo Atlanta has become a model for other zoos that have adopted a nonproﬁt governance model.

The reproductive record of the Ford African Rain Forest was acknowledged by the presentation of a prestigious Edward H. Bean Award for gorilla conservation from the Association of Zoos and Aquariums. The evolution of naturalistic zoo exhibits is thoroughly documented in Professor Maple's comprehensive account.