Mansa Musa: A Captivating Guide to the Emperor of the Islamic Mali Empire in West Africa and How He Developed Timbuktu into a Majo (Paperback) 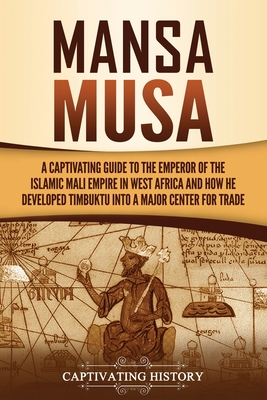 Who was Mansa Musa? And why was he important?

We know, for example, that he later expanded the reach of the Mali Empire considerably, eventually incorporating the legendary Timbuktu into his realm. Such things certainly make for fascinating tales, but the truth is much of Mansa Musa's early life is virtually unknown. This is largely due to the fact that Mansa Musa did not have a biography of his exploits written about him during the time in which he lived.

Rather than a written record, the narrative of his exploits that are remembered come down to us through the lore of the griot-Mali's oral storytellers. The tales that these bards spin are indeed riveting, but they tend to focus on certain key events in Mansa Musa's later life. The epic journey of Mansa's hajj to Mecca is covered, and so are some other key parts of his personal history. But many other aspects still draw a blank.

Here in this text, however, we have really run the gamut when it comes to uncovering the life of Mansa Musa. Utilizing both the testimony of Arab chroniclers familiar with Mali and Mansa Musa, the oral stories of the griot, and archaeological evidence, we have put together a book that captures the essence of who Mansa Musa was and what he tried to accomplish. His story is like some great mosaic that has fractured over the centuries, but we have pieced it all together to present to you the best portrait possible of Mansa Musa and the life he lived.

In this book, you will learn about: