Hell in the Streets of Husaybah: The April 2004 Fights of 3rd Battalion, 7th Marines in Husaybah, Iraq (Hardcover) 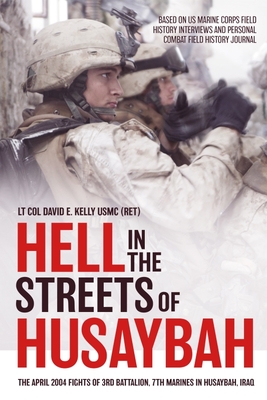 3/7 Marines engage in intense street-by-street fighting to put down the uprising in Husaybah in April 2004.

During the April 2004 fights throughout Iraq, most media attention was focused on the city of Fallujah. However, at the same time, out on the border with Syria in and around the city of Husaybah, fighting was equally intense.

This book tells the story of that period through many first-person accounts of intense fighting in the town of Husaybah, Iraq, during. It is based on interviews with Marines at all levels of the fight, from battalion commander Lieutenant Colonel Matt Lopez, USMC, to infantrymen and squad leaders. When the Lima Company commander Captain Richard Gannon (Call sign Lima 6) was killed on entry to an enemy-held building, the company's executive officer, Lieutenant Dominique Neal (Lima 5) informed his Marines that he had assumed command with the radio message, "Lima 5 is now Lima 6." It also details the heroic actions of Corporal Jason Dunham who saved the Marines around him by covering an enemy grenade with his body.