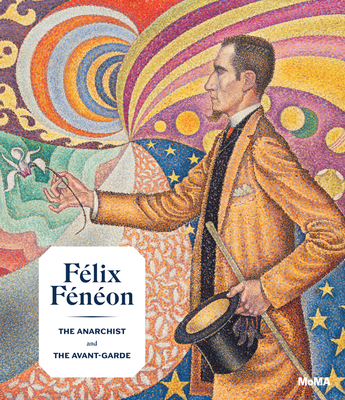 "It would not be a commonplace portrait at all, but a carefully composed picture, with very carefully arranged colors and lines. A rhythmic and angular pose. A decorative F lix, entering with his hat or a flower in his hand." With these words, in 1890, Paul Signac described to F lix F n on the extraordinary portrait he was dedicating to him. In it, Signac paid homage to F n on's distinctive appearance, his generous but enigmatic personality and his innovative approach to modernism.

Signac's portrait spotlights a figure who often chose to remain behind the scenes. But F n on's impact--as a writer, dealer, publisher, curator, collector and anarchist--was tremendous. F n on helped define the movement known as neoimpressionism, a term he himself coined in the 1880s; he helped launch the careers of Seurat, Signac, Bonnard, Matisse and Modigliani; he was the first editor of the work of Rimbaud and Lautr amont; and he was active in anarchist circles, notoriously so in 1894, following the bombing of a restaurant popular among politicians and financiers, for which he was arrested and acquitted. F lix F n on: The Anarchist and the Avant-Garde accompanies the first exhibition tracing F n on's extraordinary, unsung impact on the development of early modernism, a major international event. The publication traces F n on's career through a selection of major works that F n on admired, championed and collected, alongside contemporary letters, documents and photographs, and offers a long-overdue celebration of this singular, catalytic figure in art history. In the late 19th and early 20th centuries, in an age of revolutionary change, French polymath F lix F n on (1861-1944) was at the center of Paris' literary, artistic and anarchist circles. His Novels in Three Lines was translated by Luc Sante and published in 2007.